This is the eighth letter. It came two weeks after Halloween. Whoohoo!  // As before, this piece is un-edited, the names have been changed, and the State intentionally omitted.

I know you’re a busy lady, being so very popular and all. But it just feels right to sit down and write you once again…well, liking you as I do. This is Bobby Lee Hendricks, hoping for some advice. You might remember me as the nerdy guy with hair that sticks up, always asking for help as I slip and slide through life’s ups and downs, no more at ease than a piglet on an icy slope. Except, this time it’s different. Because, Ms. Brown, at this moment I’m standing atop the world’s tallest peak, so high I feel like it would take no more than a tip-toe stretch to reach up and spin the stars and twirl the moon. See, Betty Jo and I got back together again. And even though it was only for one night, it was the most magical I’ve ever had.

I’d best explain that it all began on the darkest Halloween night I can remember, with the Battle for Creedy’s Hill as a backdrop. Betty Jo told me she wrote you, so you pretty much know what went on before. But there’s more to the story… 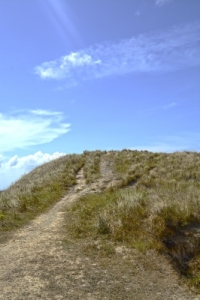 Image courtesy of Gualberto107 at FreeDigitalPhotos.net

Betty Jo, as you know, twisted the hog’s tail what with her slap across Jug’s face. That she could up the nerve and strike him, while I let him go on bullying me…well, frankly, it just sat wrong in my craw, somewhat like pickled hog’s feet gone sour. So I began to plan. I don’t have to tell you that I’m non-violent, and certainly no fighter, but I figured there’s nothing wrong with knowing how to best an opponent. For that I read Sun-tzu’s The Art of War – “Warfare is the Way (Tao) of deception” and “One who, fully prepared, awaits the unprepared will be victorious.” And with Halloween around the corner, and my character as The Wizard, and Creedy’s hill…it all began to fix in my mind like a picture puzzle just waiting to be finished. I should mention that Fuzzy’s one of those mechanical minded people who can combine scrap metal, hog-spit and a toothbrush and wind up with some kind of robot. So as he was still feeling the sting of Homecoming (Mary Sue’s been avoiding him), I enlisted him in the plan.

That was the beginning of what turned out to be two weeks of hard labor. Every night, soon as the sun set, Fuzzy and I would meet at Creedy’s lot and go to work for two or three hours.

Then Halloween night came, dark and spooky. It was relatively warm in the valley, quiet but for the dried leaves, herded by a south wind, crinkling across Creedy’s lot. Fuzzy and I arrived early. I wore the wizard’s costume my momma sewed together late at night, after her overtime shift at Ruby’s, which included a mask and a tall conical hat decorated with stars and such. Fuzzy was dressed as Casper the ghost, all in white with a mask that needed constant fixing so it wouldn’t keep slipping over his eyes. I’ll say that we felt quite the pair of warriors as we stood at the very top of Creedy’s hill.

That is, until the cars started showing up a little past nine.

We had figured five or six cars would bring Jug and the football team. But, gracious, if the cars didn’t start pulling into the feed store lot as though dinner and drinks were offered along with the challenge. I mean dozens. It had to be half the school that emptied from the cars and started mingling in their costumes about two hundred yards away. It wasn’t hard to pick out Jug and his friends. With the headlights in the background we could see their red capes and helmets. They were dressed as Spartans, like the ones in the movie 300. We could only hope that the swords at their side were rubber replicas. Then the whole crowd started moving toward us. The Spartans were in the vanguard, marching in step, looking tall and beefy and scathingly scary.

I believe I was thinking along the lines of forgetting the whole thing when I happened to turn toward the back of the hill…and saw someone standing there.

“Looks like I showed up just in time, pardner,” Betty Jo said, pushing up the front of her cowgirl hat.

Good Lordy, Ms. B, my jaw about dropped to my knees. If she wasn’t the cutest cowpoke I’d ever seen, even wearing toy holstered pistols around her waist. Before I could even ask she added, “Fuzzy told me you’d be a-needing some help. And since we’re all outlaws, I aim to do just that. He also told me the secret way up here.”

Fuzzy colored red (he’d been sworn to secrecy) then he nodded, shrugged and pointed to the oncoming attack.

Well, right there went any idea of retreat. And Fuzzy was right. We needed a third person. It was time for battle stations. The Spartans were at a hundred yards. Besides, with my two best friends standing by me, I was feeling pretty good about now.

With a toss of a flashlight from Fuzzy to Betty Jo, her bandana and our masks now in place, they placed them upward in the rock braces we’d set and turned them on. Both lit up on me standing there, my tall wooden staff in hand. Fuzzy then turned on the spotlight, this one pointing down the front of the hill. From a hundred yards, Jug would see steps cut in to the dirt, narrowing right to the top.

The Spartans stopped for a few moments, and then formed into a wedge. On command, they drew their swords with a flourish, and on Jug’s cry, they charged.

Filling the cheap plastic water bladders was our hardest chore. Lugging buckets from Dugan’s Creek to the top of the hill is not something I’d ever wish on you Ms. B, but they worked. As the Spartans reached the hill Fuzzy sliced the first one, the water flow aimed for the channel we’d made by cutting steps. He let it dribble at first, and then when Jug was halfway up, tore it open, followed by the second. The water poured, and what was once an easy step-way to the top now became a slippery slope. Jug went down first, right into his halfback, who slid into the fullback, who collided with the left guard. The wide receiver tried a jump to the side, only to find that the entire hill had been soaked with water over the past two weeks, leaving him mud-splattered and swearing as he slid into the right tackle. The last of the bunch, second string maybe, tried to flank around the sides only to find that the trip wires we’d set left them face down in a puddle of mud.

That’s about the time Fuzzy passed me and Betty Jo the water-balloon launchers he’d made. Only thing different was they contained a dye that would take a week to wash off, in red, which seemed fitting. We launched the dozens of balloons at our disposal. In truth, we couldn’t miss the mass that had collected at the bottom of the hill, all rolling around, hollering and wiping mud.

We couldn’t help it. The three of us burst into laughter, held hands, and kind of danced around like little kids for a while. Then Betty Jo turned to me, slipped my mask up and her bandana down, threw her arms around my neck…and then she kissed me…

I’d like to think that kiss would have gone on forever, except for Fuzzy breaking us apart, saying it was time to leave. He was already lighting the wick of the smoke bomb. And as he tossed it, and just before the smoke billowed, Betty Jo faced the crowd and let out in a scream, “Outlaws! Whoohoo! Outlaws! Whoohoo!” while she pumped her fist in the air. And you know something? People in the crowd started echoing those same words back.

Well, I’d better wrap up this story. Anyway, after we grabbed our stuff and headed off the hill, down the only track that wasn’t mud covered, we followed Dugan’s Creek for a while before we stopped to change. Fuzzy and I took off our outer costumes leaving us as a Hobo and Pirate. Betty Jo, already warned by Fuzzy, slipped on her Red Riding Hood costume. Then we raced all the way around the feed store to join up with the crowd. I’ll tell you, Ms. Brown, it was quite something to see as the football team made their way to their cars, hands and faces muddy and dyed red, looking sorry as hogs to market. We couldn’t keep the smiles off our faces as we mingled with the other kids. But I guess the best part was the look Jug gave me as he pushed his way through. I don’t think it was just the fact and Betty Jo and I were holding hands. It was a look that also included surprise. Like, if it wasn’t me up on the hill, who was it?

The finale of the episode is that “Outlaws! Whoohoo!” was heard all around school the next day, everyone wondering who the Outlaws were. The red-faced football team sulked. Betty Jo is grounded until the end of the month (Jug probably had something to do with letting her momma know that instead of being at Mary Sue’s house she was holding hands with me at Creedy’s), so I missed seeing her on her seventeenth birthday, which was a couple of days after Halloween. Jug and the football team have sworn a vendetta against the Outlaws. I think that means me, Betty Jo and Fuzzy, even though they can’t prove we were on the hill. But then, all that’s for another day.

So, what all this leads to are my questions. 1) Is it about time to make amends with Mrs. Sprigger? 2) Will I have more nights like that, nights that fill my head with happiness ’till it’s about ready to burst? 3) Do you know that a year has gone by since I first wrote you? 4) Do you think I might be a writer some day?

Signed: On Top of the World in Hog Swallow, —-