This e-mail came in roughly two months after the third. There had never been any rhyme or reason in the frequency of the letters, but they did seem to follow events in sequence. Again, there was no hint why I was receiving them. This piece is un-edited, the names were changed, and the actual State is intentionally omitted.

I hope you don’t mind, but it’s come time to ask your advice once again. It’s me, Bobby Lee. I’m writing my name as I know Betty Jo wrote to you. She won’t tell me all that was in the letter, but did say the experience helped her a lot. You have that way about you, a gift. Sort of like the way some folks in these parts are born for calling hogs.

This letter begins by letting you know right off that Betty Jo and I reunited for a while, and then broke up again. And right now, even though the bruises have heeled, I’m still feeling kind of empty. You see, what with Jug Sweeney and Betty Jo “dating”, and him telling lies about her kissing, and Mrs. Sprigger liking Jug and treating me like week-old porkpie left in the sun, and having just read Sir Walter Scott’s, Ivanhoe…well, I decided it was about time to be brave and take a stand (it’s well after the fact now, but I’m here to tell you, Ms. Brown – “bravery” is best used by the truly brave and “stands” are best used for lemonade sales. 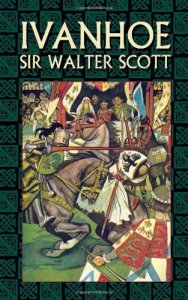 Anyway, three weeks back, I went ahead (sans gauntlet) and challenged Jug to a fight the coming Saturday, to uphold Betty Jo’s honor. Truth be told, Ms. Brown, I’ve never had a fight, which, maybe in retrospect, I should have reckoned with. But I did read everything I could find about boxing. I even jogged some to get in some kind of shape.

We met at Mrs. Creedy’s vacant lot, just off Route 20, behind the feed store. Lord knows I’ve done some dumb things in my life, but a quick look around suggested this one might be the dumbest, way beyond milkin’ the hog. That’s because, as my “squires” I chose (okay, didn’t have a choice) Auggie Tanner, who makes a bean-pole look pudgy, and Fuzzy Winkle (his dad’s the Mayor), who is easily confused with a hundred-fifty pound sack of potatoes. And on Jug’s side, you ask? The entire football team!

The best part, I guess, is that it ended quickly. I got shoved really hard from behind by one of the team, launching me into Jug’s one-two combo punch. Interestingly enough, I’d read about it the day before. And yeah, it works, and it hurts, and I was down for the count.

Now, you’d think that would wrap it up, wouldn’t you? Fighting valiantly for my Lady’s honor, and though defeated, still had the courage to walk away with my head up, content in the knowledge that I’d fought the “good fight?” Nope. Instead, as the Sheriff of Hog Valley just happens to be Del Sweeney, Jug’s father, I almost got thrown in jail for attacking Jug! How’s that for justice, Sir I-van-hoe! The whole football team swore Jug was only defending himself from a “vicious” attack (of course, no one admitted to the shove), while Aug and Fuzzy claimed they couldn’t see what happened with the team in the way. Anyway, after I had to apologize to Jug, he finally said he wouldn’t press charges. The police let me go home.

The sorry outcome of this whole episode is that Mrs. Sprigger now believes I have “anger issues” for attacking Jug “the poor dear” and won’t allow Betty Jo to have anything to do with me “for safety sake.”

Golly, Ms. Brown, could things get any worse in this topsy-turvy valley?

So here are the questions that have filled my brain ever since the swelling from the one-two punch calmed down: 1) Did I do the right thing by standing up for Betty Jo’s honor? 2) Do you think flowers for Mrs. S would make any difference? 3) Is Jug as mean and conniving as he seems? 4) How do I return to my former role as bully meat? 5) Should I read Dumas’s Man in the Iron Mask – just in case?